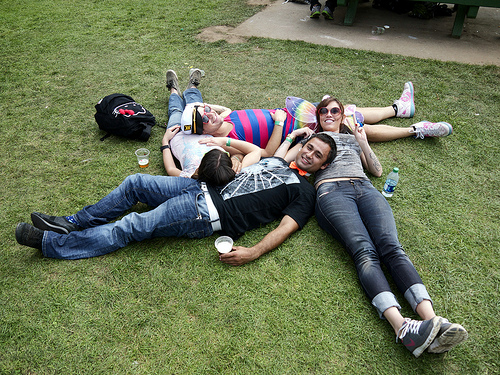 Does your company use hashtag marketing campaigns?

Would you like to get the most out of your hashtag marketing campaigns?

What is a hashtag? [hash-tag] Actually is a keyword preceded by the hash symbol [#] and linked to a dynamic feed within the social network where it is posted.

In this article you will discover how Travelocity successfully implemented the most successful social campaign in the company’s history.

For the follow-up to their 2013 campaign, “Go and Smell the Roses,” Travelocity wanted to match the number of social impressions from 2013. That doesn’t sound like much of a stretch, except that they wanted to accomplish it in only three months.

Travelocity’s #IWannaGo campaign was the most successful social campaign in the company’s history.

The #IWannaGo campaign ran from early March to early May 2014. Two grand prize trips were given away, one in April and one in June. The campaign was so successful,Travelocity not only matched the social impressions from 2013 in three months, they exceeded them by 23%, from 158 million to 200 million. They also increased their Twitter following on @RoamingGnome by 118%.

Here’s what Travelocity did to make this campaign so successful.

#1: Find Out What Your Audience Is Already Talking About

In planning for 2014 marketing, Travelocity wanted to follow up their “Go and Smell the Roses” idea to include two-way communication with their audience. “We’re telling them to go and smell the roses,” said director of brand marketing Brett Steiger. “Let’s find out where they want to go and help them get there if we can.”

They realized during the previous campaign that followers were interested in engaging with their mascot, the Roaming Gnome. So they decided with #IWannaGo to have followers tell him directly where their dream destination was.

#IWannaGo was an outgrowth of the 2013 “Go and Smell the Roses” campaign.

#2: Use Appropriate Channels and a Low Barrier to Entry

All participants needed to do to enter the #IWannaGo campaign was to follow @RoamingGnome on Twitter or Instagram, and post to either platform with their dream travel destination, including the #IWannaGo hashtag. Then they would be entered into the drawing to receive one of two grand prizes of a weeklong trip to their destination.

Travelocity designed the #IWannaGo campaign to be very easy to enter.

Contestants did not need to go to a separate website or fill out any forms. They were not required to include any photos or videos, although they were encouraged to do so if they wished. Steiger explained that they wanted to have as low a barrier to entry as possible.

Participants did not have to go to the campaign landing page, but if they did, they found content that was more engaging than simply a link to the contest rules. Travelocity used Tint to turn the landing page into a social hub with all of the #IWannaGo posts from Twitter and Instagram.

The #IWannaGo landing page was a social hub powered by Tint.

Turning the campaign landing page into a social hub is just one example of how Travelocity used opportunities to be genuine with their followers. “We wanted a place where we could aggregate a lot of the other entries to really inspire other consumers to participate as well,” said Steiger.

It worked. The landing page itself received over 32 million impressions, and 95% of visitors scrolled below the “loading” level of the page to see more content.

“The more we can talk with consumers about things that they care about … versus always forcing something a little too branded, we found that we get we get better engagement, better conversations and less attrition from our consumers,” said Steiger.

Keith Nowak, Travelocity director of communications and brand integration, added that having a topic that people care about passionately such as travel could be a double-edged sword. “It gives us the opportunity to engage with something that people are naturally excited about, but you’d better be authentic and on-point when talking about it,” he said.

Travelocity has a 10-year relationship with the television show The Amazing Race. This longtime association gave them a great existing platform to kick off the #IWannaGo campaign. “TV is still extremely powerful to generate larger brand awareness of any type of contest or program or new product,” said Steiger.

Travelocity used their long association with The Amazing Race to promote #IWannaGo.

Steiger was quick to add, however, that while TV provided a great launching platform for the campaign, “If we didn’t actually have something that was engaging to consumers, it would have jumpstarted and then finished very quickly.”

#5: Be Strategic With Paid Promotion

In addition to paying for exposure on TV, Travelocity also bought the rights to promote the #IWannaGo hashtag on Twitter for a day. “That was big,” said Steiger, “Because then you have 70, 80 million people that may see that on any given day.”

Travelocity did not buy the hashtag on Twitter the first day of the campaign launch. They used their Amazing Race tie-in to kickstart interest, and in the first two days of the campaign after that, #IWannaGo trended organically on Twitter. The third day they used the promoted hashtag to “add more fuel to the fire,” as Steiger put it.

To keep the campaign fresh, Travelocity looked for ways to engage in real-time marketing with consumers. One of the ways they did this was using Vine videos. On April 14th, about two-thirds of the way through the entry period, Travelocity encouraged followers to tweet, and let them know that they might get a Vine response.

Travelocity picked one day to respond to followers’ tweets with Vine videos.

Then they created over 60 Vine videos in response, each within 20-30 minutes of when they were submitted.

“It was a way to show consumers that it’s not just a computer back here that’s typing for itself. The gnome and his entourage are listening to you and paying attention and wanting to get back to you—not in two days, not in a week, but 20 or 30 minutes,” said Steiger.

Travelocity responded to tweets in 20-30 minutes.

Even though they know he’s not real, people are “totally psyched” when they get a Vine or a tweet from the gnome, he added.

It’s all about the results.

The success of any campaign is measured by its results. In addition to measuring social metrics such as impressions and engagement, Travelocity uses YouGov research to track brand metrics. According to YouGov, during the first month and a half of the campaign, Travelocity increased purchase consideration by 11% for key consumers.

This means consumers said yes when asked if they would consider Travelocity if they were looking into booking travel. They also led competitors in unaided brand awareness by 5% during the campaign; for example, when survey participants were asked what travel companies they thought of, Travelocity was mentioned first.

Many factors contributed to this success, but Steiger says it boils down to one simple concept: “Letting the consumer’s voice be the main piece, and letting our consumers inspire other consumers,” he said.

What do you think? How can you create a killer hashtag campaign for your company?

Article was written by Mrs. Luise Julig on Socialmediaexaminer.com

Here are some great infographics that will help you to better understand the whole concept, if you are new to all this and just start learning on how you can implement all these marketing tactics it is recommended to read these awesome infographics, enjoy them: